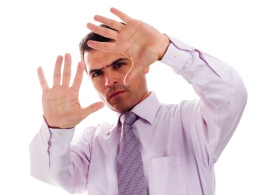 No organization is the same. Each has its own unique needs. That’s why we consult with many of them to provide customized solutions. We carefully consider every facet of your industry, the dynamics of your internal organization, the employee and customer experiences, and craft a strategic solution. Not one that throws out the good things you’ve done before, but rather, one that takes all that is working within your organization and brings it to another level.

The following private, public, and non-profit case studies are with organizations big and small. They give you a glimpse of the possibilities for how we can help you move forward. 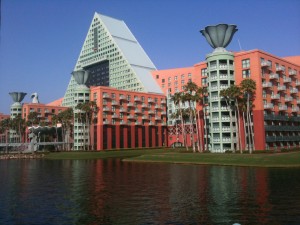 In 2005, Starwood, known for their Sheraton, Westin, Four Points by Sheraton, St. Regis, and W hotels, embarked on a global revitalization of their many properties.  The challenge, as with many hotel chains, was that explosive growth during the previous decade created a multitude of different cultures, standards, and results.  For the Starwood Corporation, this complex initiative encompassed more than 125,000 employees across more than 1200 hotels around the world.

As part of a long-term strategy that included re-branded marketing and operational updates, we at World Class Benchmarking provided a comprehensive series of transformation training programs, to reflect the newly clarified brands and the related recommitment to world-class guest service.  As part of this international roll-out, World Class Benchmarking designed, developed, and delivered the training that resulted in, in less than a year, according to Starwood executives, “a staggering success” in participant evaluation results, with “hundreds, perhaps thousands of guest testimonials about significant improvements in the guest experience”.

These initial results reflect only the early stages of a fully-realized cultural transformation.  Every indicator shows dramatic improvements in the commonly accepted measures that define world-class success: leadership evaluations, employee excellence metrics, guest satisfaction and intent to return and refer, and initial improvements in operational improvements/savings with revenue trending stronger. 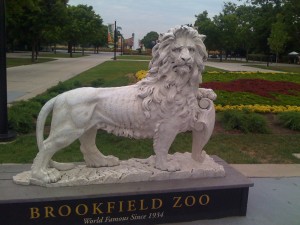 The Brookfield Zoo is one of the top zoological institutions in the country. Yet their ability to generate strong customer loyalty had dropped over several decades. In supporting the organization in moving a different direction, key leaders from Brookfield came to Orlando for a week-long retreat. From there, a customer loyalty plan was crafted that included a number of strategies. Leaders were trained to lead customer-focused initiatives. Zoo facilitators were selected and trained to deliver customer service programming. The trainers facilitated sessions for approximately 1,500 Crew Members and collectively spending over 900 hours on this effort.  Leadership tool kits were implemented so that daily conversations could occur with staff around service excellence. Though the program was implemented late in the Spring of 2005, according to summer surveys, non-member ratings for overall zoo visit – those who were “extremely satisfied” — increased 18% over 2004.  Some other significant improvements include:

Since then, Jeff has gone on to work with both the Woodland Park Zoo in Seattle and the Houston Zoo.

Imagine the possibilities, even the power, when everyone is pointed in the same direction with the same higher purpose in mind. If there is an example of this, it might be found in, of all places, the federal government. After being mandated by Congress into making performance improvements, the Office of Federal Student Aid set about to identify “best in business” practices on how to deliver world-class service. FSA selected The Public Strategies Group, who became their transformation partner. They then worked with Jeff Kober at The Disney Institute, whose approach to customer service is world-renowned. The Management Council first participated in a custom-designed program developed for FSA by Jeff and The Disney Institute in Orlando, Florida, in early 2000. From there, they brought Jeff Kober on board through the Public Strategies Group full time to establish a new service mission to “Help Put America Through School”. It also identified service initiatives to implement FSA’s service standards, based on Jeff’s own experience working with other organizations at Disney to establish their service standards. Over the next few years, the following occurred:

Since then, the agency has continued to modernize and integrate its systems, secured a clean audit, was removed from the GAO’s high risk list, and has trimmed its budget. All of these initiatives had their beginnings from creating their own balanced scorecard of improved customer satisfaction, improved employee satisfaction, and reduced unit costs.